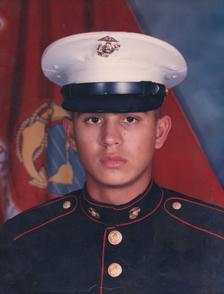 Co-Founder and President, Ray Lee Bennett II, has been a certified PADI diver since 2015. He was first introduced to diving as a teenager by some divers he met at the Coast Guard Base in Monterey, California. Although never officially certified, Ray was taken in by these divers and had the opportunity to explore some of the great sights in Monterey Bay. He is currently working towards his Divemaster Certification.

As a very young child Ray was introduced to the water by his dad, who taught him to swim before he knew how to walk and has loved being in water all of his life.

In 1993, Ray graduated high school early to join the United States Marine Corps. Ray initial enlistment was MOS (Military Occupational Specialty) 0311 (Rifleman) and shortly after AIT (Advanced Infantry Training) was moved into MOS 0313 (LAV Crewman). Ray was injured and after a long battle to stay in he was medically discharged from the Marine Corps.

Ray continued serving his community by donating his knowledge and time to various organizations.

Ray volunteered 5 years as a Posse member MCSO (Maricopa County Sheriff’s Office), during his time there he served 2 years as Executive Officer of the Operations Posse and was voted in to take the Commander position which he held for 2 years. He spent two weeks in Louisiana after hurricane Rita and Katrina working curfew enforcement.

Ray graduated from Estrella Mountain Community College in 2014 with honors and is currently attending Northern Arizona University in pursuit of a Bachelor’s of Science in Psychology. He plans to continue his education past his bachelors for a masters and eventually a doctorate in psychological sciences.

The vision Ray and Javier have is to build an alliance of active duty and veterans and the families of the armed forces to combine experiences, connections, tools and resources to help support each other. 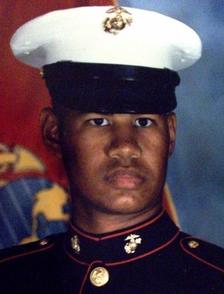 Co-Founder and Vice President, Javier Rosa, has been a certified PADI Divemaster since 2013. He was first introduced to diving when he was in 1st Force Reconnaissance Company in Camp Pendleton. He attended the U.S. Navy Dive School in 1990 and received his 1st civilian open water dive certification from NAUI that same year. During his 8 years enlisted in Recon, he dove open and closed circuit systems, such as the Dreager LAR-V. In that time, he was a Dive Supervisor for 1st Recon Bn. and was responsible for all diving operations, which included open and closed circuit dives. Before leaving the Marine Corps, he was certified with YMCA as an Advanced diver, Rescue diver, and Divemaster in 1997.

After his departure of the Marine Corp in 1997, Javier enlisted into the Army National Guard as a Military Police until 2001. During that time, Javier realized the importance of higher education and began the pursuit of his Bachelor’s of Science in Information Technology at the University of Phoenix. In 2012, he graduated from Grand Canyon University with a Master’s of Science in Criminal Justice with an emphasis in Law Enforcement.

Javier enjoys diving and being around other divers. He worked as a Divemaster for Sport Chalet up until the store closure in 2016.  Javier doesn’t mind how hot, cold, or bad the water is, he thoroughly enjoys the peacefulness and calming nature of being in the water. Javier is an extremely patient Divemaster who enjoys teaching anyone and everyone.

His most memorable dive locations include but are not limited to Puerto Rico, Cancun, Cozumel, Okinawa, and The Sea of Aqaba in Jordan.